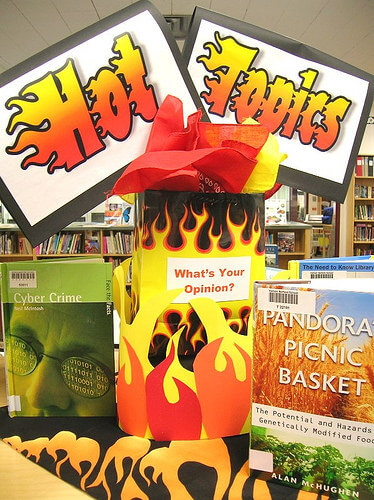 “I’m afraid I’m writing something controversial again, Honey,” my husband tells me. (It’s been a topic here lately, since sometimes free speech gets ugly. It makes folks uncomfortable, speaking out for principles like free speech as worthy of defense, despite the unworthiness of  ideas expressed. The whole issue bypasses reasoning and heads straight for the gut.)

“Oh yeah?” I’m not especially surprised. He’s always been one to say what he thinks; I treasure honesty.

“Yeah…it’s got something in there for everybody to hate…I don’t go out of my way to be controversial.” He ponders. “It’s just how I think. I have controversial thoughts.”

What’s more, I wouldn’t be me if he was any other way. Twenty plus years of exposure and insight into those controversial thoughts that brew in my husband’s controversial brain have changed me. I hear differently now.

Now, exposed to a foreign idea–even something mainstream may write off as “loony”– I no longer summarily dismiss the whole as craziness, as I long did. I listen to the reasoning (or, yes, maybe lack), looking for kernels to truth and understanding within the structure. I don’t shrug off the whole if a piece is missing. Now, it’s looking to each of the pieces, individually, trusting that truth always emerges ultimately.

It’s not accepting without discernment–by acknowledging that there is no cornered market on truth, discernment is amplified as it’s no longer reliant upon the infallibility of a small, officially approved subset of sources. By learning to pay attention even to those with whom I strongly disagree, I’ve developed a broader view and deepened understanding of every issue I examine. Pushing myself out of the comfort zone presents a much more beautiful panorama. I’ve learned to listen.