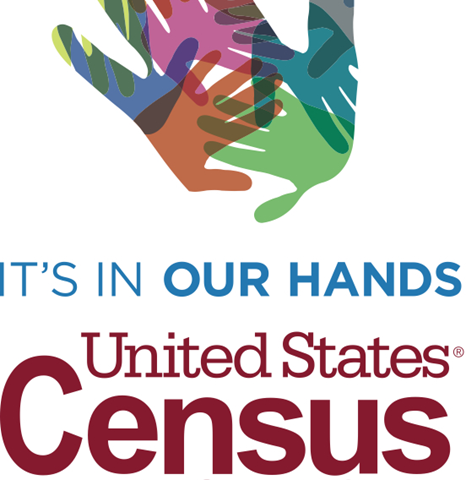 I have no doubt people think I’m nuts. Well-meaning, but nuts. I try not to let that bother me. (Often, I succeed.) But sometimes, it’s just a bit much and I get tired of keeping my mouth shut. It may surprise some of you I do actually keep my mouth shut at times, but it’s true.

I’m not a fan of the Census. Now, before anybody starts spouting off about the importance of new roads and how will the government be able to accurately gauge Congressional representation, stop right there. I’ve seen the commercials, okay? I’m aware of all the nifty little “benefits” touted by the $340 million dollars spent on just marketing the census. I am willing to go so far as provide a headcount for my household–in other words, I’m perfect willing to provide the information that’s constitutionally allowable for my government to ask.

But I don’t want to provide any more information than that. Census data has historically been misused–both in the US and in other nations, and with the state of current technology, it’s possible to use the aggregate data to track individuals. Lobbying groups for marketers advocate for more complete (and intrusive) information gathering. This isn’t public service on their part.

While many people got the short form, some didn’t. They got the long form. How is it the government’s business if any member of the household has difficulty remembering, concentrating, or making decisions? Why is it important for my government to know how many times I’ve been married, how much I paid for my electric bill last month, whether I have a refrigerator and flush toilet? This helps them know “how many roads to build and how much representation my area requires in congress?” Sure.

Short answer: It’s not the government’s business, of course. But this information is pure gold to the marketers; if it weren’t, they wouldn’t lobby to continue gathering more and more of it. ((It never ceases to amaze me how people can be dead-on convinced the government is our best chance at protecting the people from the very same corporate interests that funds the campaigns of people writing the laws. Can you say “conflict of interest?” Money fuels EVERYTHING. ))

So this being how I feel about it, I was NOT in a hurry to return even my short census form. I read up on the possible penalties, like a $5,000 fine–ugh–decided I needed to send the form, but the thought of it made me feel a little sick. So I procrastinated until a saw a sticky on my door one of the Census workers had shown up and would return. I don’t like strangers showing up at my house. So I filled out the form, partially. I put in how many people were here and their race, although I still believe it’s wrong to ask. I skipped birthdays and phone numbers and other questions because, well, it was just too much.

A few days later, Mr. Census Worker shows back up. As soon as he introduces himself, I cut him off.

“I saw you were here, and I mailed it in!” I say quickly. I wanted him to leave, leave, leave! I don’t like people I don’t know at my house.

He scowls. “It was due April first,” he says through pursed lips, shaking his head a little.

“Well, I just sent it. Obviously, it’s not going to make it by April 1st, but it’s done.” Duh, I think to myself, but didn’t say so. I did not feel appropriately ashamed.

“I need to ask you some questions. It just will take about 10 minutes of your time,” he counters. Still that damn paternal tone, still the disapproving scowl.

“No. I did it once, I’m not going to do it again.” He still had that hall-monitor-and-you-don’t-have-a-pass vibe, and I think he may have sighed, but did not argue. I know they’re trained not to argue, from my friends who have temp jobs via the Census-Making-Employment-Statistics-Look-Better program. I wasn’t rude but I was clear: no–I’m not going to give what I consider personal information to a stranger because the US government pays lots of money for pretty commercials and water bottles saying it’s a good idea to trust them.

See, it wasn’t ten minutes of my time I was worried about. It was something I value a lot more–my privacy and my freedom. My peace of mind depends in significant part of feeling like I’m in control of what information I share with whom and for what reason. I care deeply about issues like having the freedom to make my own choices about how I live my life so long as I don’t hurt other people.  This  is slipping away in leaps and bounds in the name of “everybody’s best interest” every day and it scares me. I don’t see it getting any better and if people who feel the way I do don’t say or do something about it, it will undoubtedly get worse.

So he went away, and I (sorta) stood up for my principles. And if anybody wants to know how many flush toilets I have in my house, they can go to Hell.

2 thoughts on “Dixie vs. the US Census”