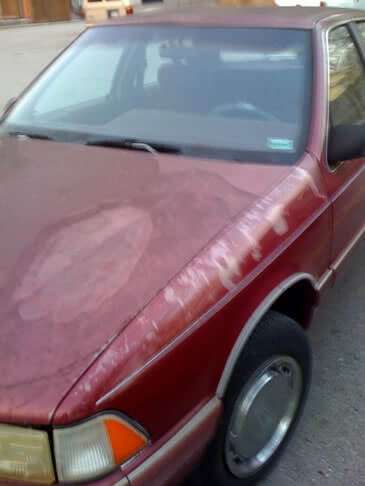 I get reminded sometimes. Most of the time, I forget. It’s second nature. But once in a while, I get reminded. I live a humble life. I’m not sure if it’s by circumstance or choice.

My parents were very poor growing up. Very strong work ethic–Dad evaluated his success each evening by outline what he’d accomplished that day. They worked very hard. And they are frugal people. Those who’ve experienced lean times learn to get by on less and make the best use of what they have. This is how I was raised, and I accepted the gift of sense in this regard.

When my husband and I first married, we were young. Early twenties, 3 kids, no help. Back then, I considered at $8/hr job as paying very well, so that gives you an idea.

When something broke, we were screwed.

So you adapt. My husband is great at fixing things, and that’s why. I mean, yeah, he’s mechanically inclined, but it was the years of fixing broken crap that honed his skills. You don’t have the cash to to replace it or pay a repairman, you fix it yourself or do without.  You use things until they wear out; you get secondhand, shop around for bargains, look for quality. You ignore a lot of little things as long is it still works. You have no idea how many years I used cracked ice cube trays or used a microwave you could only cook things in increments exclusively involving 3, 6 or 9. Guess that’s why I had a mental block about throwing out my holey socks.

Time goes on– kids grow up, you earn more money, and eventually, it’s not as tight anymore. But the habits are still there, by and large. You get more iPhones and Cat Genies and Roombas and big TV’s then. I like that part!  But the basic principles of being mindful about spending, continues to hold.

Sprinkle in some circumstance. Endless custody hearings, child support bills surpassing a house payment, co-signing on on a car that ends up in the river, ((Or, as we sometimes call rivers, “Crack Whore Parking Lots.” Don’t ask.)) career changes, medical bills, going to school–whatever it is. Things happen.

By whatever means, view’s the same. I live in a triplex. I drive an 1989 Acclaim that has one windshield wiper ((Driver’s Side–Score!)), a passenger door that won’t open from the inside, and overheats in drive-thrus. It was my daughters car, but wasn’t worth it or reliable enough for her to take it with her tto Ohio. I don’t use credit and I don’t spend a lot in general. What I do, I research well and carefully consider first. This is both in my blood and a skill practiced many years.

It sure makes it easier when you’re on in one of life’s ebb phases. And when you’re in the flow phases, it flows all that much more–so long as you don’t forget to notice.

But sometimes, it’s a little uncomfortable, too. It’s like there needs to be an explanation, except 1. there doesn’t, and 2. even when it feels like it does, people don’t much care for them. It makes ’em  uneasy from what I’ve observed.

For me, I guess I just don’t want to leave the impression I live humbly through lack of ability, or lack of resp0nsibility, or lack of control. Simply put, “lack” is the last thing I want to be associated with.

There is humble, and there is small. My my energy, my love, and my happiness are not small.  My contribution is not small. My life is not constricted. So what’s it matter how old my car is, anyway?