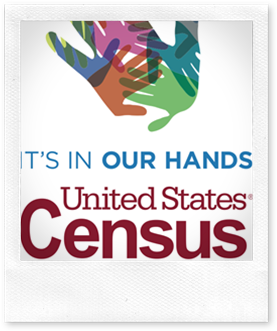 They came back. After I saw myself described as “paranoid and reclusive” for acknowledging how I don’t trust the census and it bugs me how much the government is over-reaching into our personal lives, the good ol’ US of A’s main man, Uncle Sam, is back at it.

Geez Loiuse. This makes FOUR in-person visits from the Census to my house. For one form that was sent in already.

Bam! Bam! Bam! I look out the peephole—because every paranoid freak like me who doesn’t trust the rest of the world has a peephole, y’kno—and see yet another census worker, badge and GPS in tote, on the other side of the door.

I try to cut him off at the pass. “I sent it in. I sent it in already. I know it was late, but I already sent it in.”

“After the first follow-up visit. I know it was past the deadline,” as Mr. Disapproving  Scowl had already made clear on my last official visit. “But I sent it in.”

He starts off on his “I need five minutes of your time” spiel.

He addresses me like a high school teacher would lecture an i’ll-behaved student. “I need a few minutes of your time. You have to answer these questions. Because otherwise, it won’t get counted. Those responses weren’t part of this new program, and they won’t get counted otherwise.”

(As if this is something that should alarm me.) “I sent it in once and that’s enough. Whether they throw it away or whatever, that’s not up to me.”

“That’s not my problem. I did it once and that’s all I’m willing to do it.” I already felt like a sellout for providing information that isn’t constitutionally allowable. There were people that DIED in defense of the principles in the constitution, and me? I didn’t want to get a $5,000 fine that will, in all likelihood, never get levied for fear of a toxic public relations nightmare.

The man gets snotty at my continued refusals to tell a stranger who shows up on my door any personal information about who I am or the people that live in my home. He was getting angrier, and I looked to end the interaction.

“We’ll get the information somehow!” he calls out ominously as I’m shutting the door. Say I’m paranoid if you want to; I don’t give a damn. It was delivered as a threat, plain as day.

So, we’ve got FOUR in person visits to obtain one, already-completed form sent in weeks ago. We’ve got the government keeping (but not “counting”) information sent it, and some mysterious, nonsensical program requiring paying people to go out and harass citizens who have already given up some of their rights by answering questions the agency has no authority to ask. Like the whipped cream on the sundae, it’s all topped off with bully census workers, ominously implying they’re somehow going to invade your privacy if you’re not adequately cooperative, as demonstrated by providing whatever information is demanded, each and every time it’s demanded, by whomever claims authority to do said demanding when showing up at your doorstep with a laminated name tag. Even if he does work for the census, that’s no guarantee he’s not a lunatic, after all.

Kinda makes you go all warm and fuzzy about how much you pay in taxes, huh?

6 thoughts on “The Census to Dixie: “We’ll get the information somehow!””